Hi, do you have the name of the chapter you're making. It will be grateful to me to help you ;)

a) Dorian Gray strikes one as very upset. Indeed he feels agonizingly angry and filled with disgust of his own image in the portrait. He is also confused and distraught as he sees the representation of himself, wondering how it could become so unbearably ugly.
Moreover, Dorian is clearly torn apart between a vague sense of guilt and his reluctance to do so as it would be to no avail.

b) Through Dorian Gray’s eyes the narrator describes the portrait as a truthful reflection of the man Gray really is, that is to say a murderous fraud prepared to do anything to get away with his crimes. The portrait bears the red stain of Dorian’s guilt, which he is personally unwilling or unable to feel. That’s why one is entitled to say that this painting is a moral portrait of the eponymous anti-hero.

e) Dorian’s plan to destroy his portrait makes sense at first reading as destroying the painting would allow him to be rid of the distressing sight of it. It is also consistent with his painful reluctance to admit to his crimes and to face who he really is.
Dorian might also be assuming that destroying the painting would somehow wash him clean of the murders he committed.

g) By destroying the painting, Dorian actually killed himself, but also achieved his desire for everlasting youth and beauty although through art only. On the face of it, this ending might strike one as moral since Dorian is eventually punished for his crimes. However, as nobody knows he committed them and only his portrait had changed to reflect them, his respectability and attractive self-image will remain spotless in people’s eyes. Dorian was and will remain a picture and a falsehood. No one will ever know who he is and what he did. 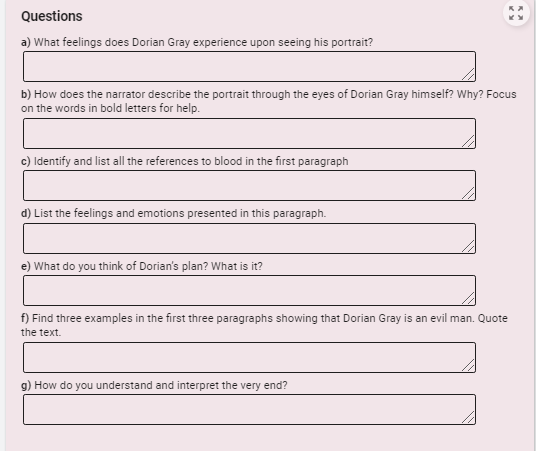 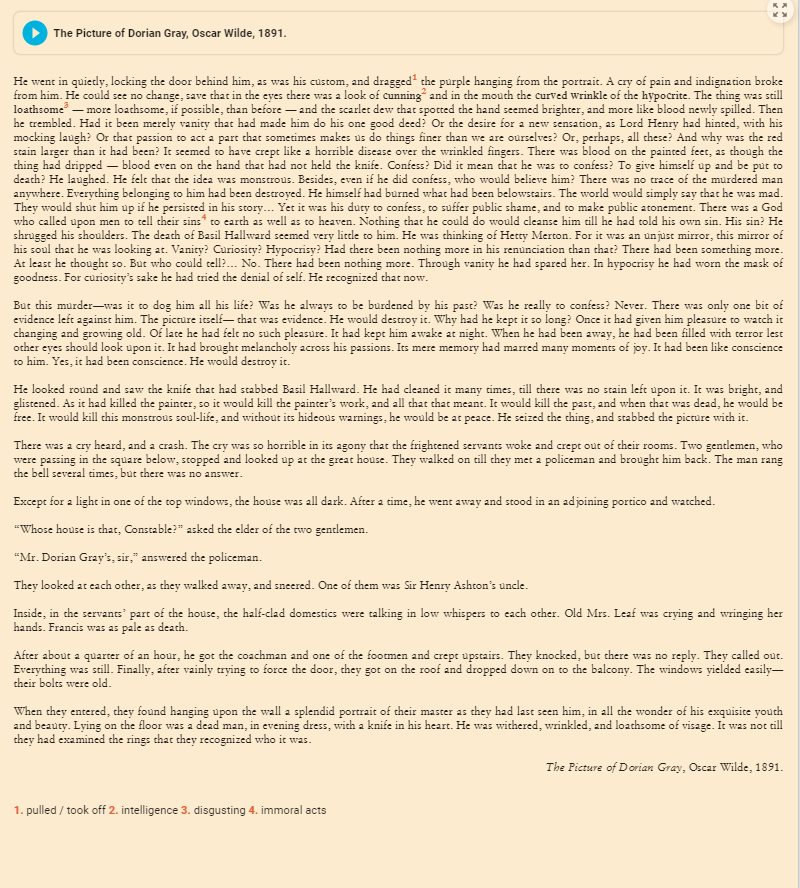